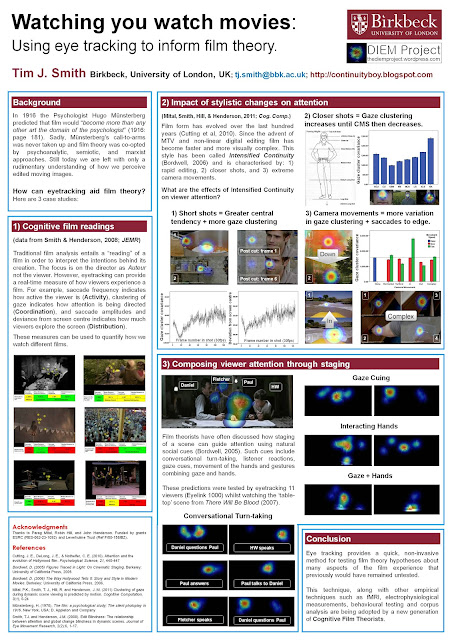 Loved your poster and the session. We also find a higher central tendency (in box 2 on your poster) in static scenes, however. Good to see this also occurs in dynamic scenes!

Loved both your poster and the session on dynamic scenes. We also found a greater central tendency after a scene change, however this was in static scenes. Good to see this also occurs in movies!